Back to main site
Email us

Welcome to Risk Takers for Christ, a sports ministry to at-risk youth and the community at-large.

Scene 4: Child setting up for a shot, left, Counselour helping child to set up, right

Scene 9: Clip of kids standing around with Hockey sticks in hand

Scene 10: Picture of boy moving towards group of kids with stick in hand

Scene 25: Counselour standing before a pitch is thrown

Scene 26: Video of boy at plate to bat

Scene 28: Video of three children standing near one another

Scene 29: Video of adolescent boy at plate to bat

Scene 31: Video of Counselour settling kids in for lesson

Scene 36: Group of kids and adult, heads bown in prayer

Scene 38: Children in line outside

Scene 44: group smiling for photo cooling down after playing outside

Scene 46: Photo of infant sitting down with adult

Scene 49: Counselor and boy standing next to soccer goal

Scene 53: Adult female throws something out of frame as group looks at item thrown.

Scenes 56-65: Shot of kids running in field jumping over a hurdle placed in front of them

Scene 67: two boys racing on foot, left. young boy holding up a camp tee-shirt with the words "Risk Takers for Christ" on it

Scene 68: Group of young kids gathered with counselours around a table talking 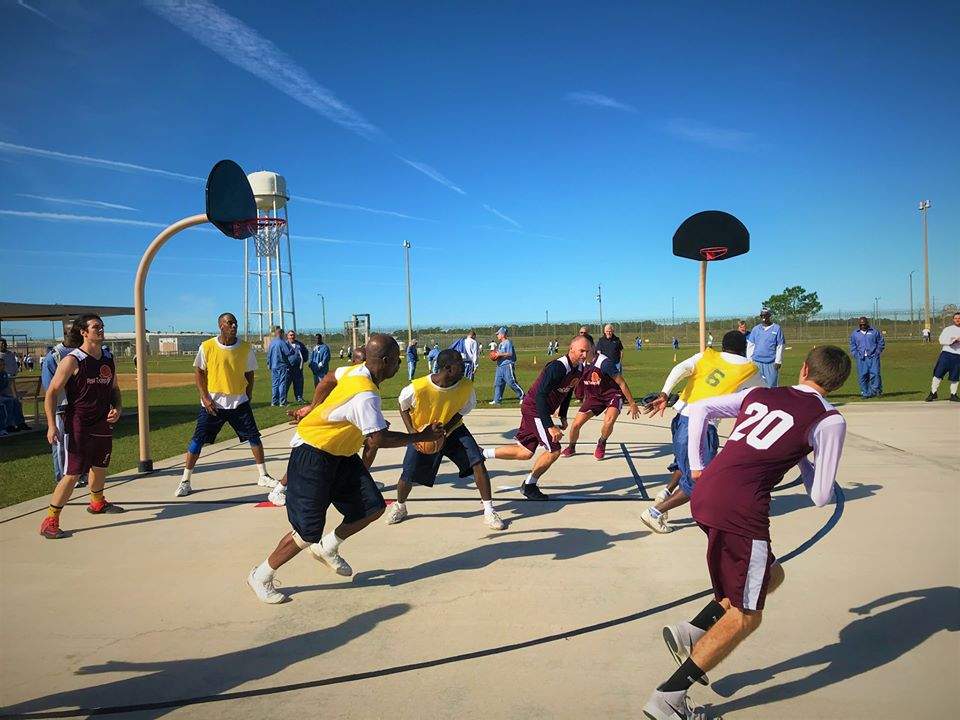 Risk Takers for Christ's mission is to reach at-risk youth and the community at-large with the Gospel of Jesus Christ by engaging them in athletic competition and providing positive male role models.

Our goal is to to reach at-risk youth with the Gospel before they get into trouble with the law.

Based on our 35 years of prison ministry experience, we are convinced that a leading cause of criminal behavior is the lack of a positive male role model in the lives of young men. Broken homes and fatherless families create a void that is too often filled by gangs, drugs, and violence.

For these reasons, we operate the following "front line" outreaches:

We also seek to encourage and equip believers to become spiritual "risk takers" through our weekday Dare 2B Daring devotional messages and our monthly ministry newsletter, Take a Risk! To subscribe for FREE to either or both publications, visit our Contact Page or email info@risktakersforchrist.org.

Our newest outreach is a church plant at Midway Estates, an RV and manufactured home community in Vero Beach. Midway Bible Fellowship meets weekly to proclaim God's Truth and demonstrate His love. Our slogan is "biblical teaching... traditional hymns... and casual dress."

Midway Bible Fellowship meets every Sunday morning at the Midway Estates clubhouse, 1950 S U.S. Highway 1 in Vero Beach. Free coffee and donuts are served at 9:30 AM and our Worship Service begins at 10:00 AM. Guests and visitors are always welcome!

RTC was founded in 2011 by Rev. Dale Glading, who has more than 30 years of prison ministry experience. Rev. Glading has also authored three books, is an accomplished speaker, and is a former two-time candidate for the U.S. House of Representatives.

Rev. Larry “Chap” Lilly joined RTC in 2012 as vice president after a nearly 30-year career with the Delaware Department of Corrections.

Please review our Statement of Faith.

How You Can Join Us

We invite you to be a fellow Risk Taker for Christ by praying for our ministry; supporting us financially; inviting us to speak at your church; or participating in one of our Front Line Outreaches.

How You Can Reach Us

Please review our Statement of Faith.